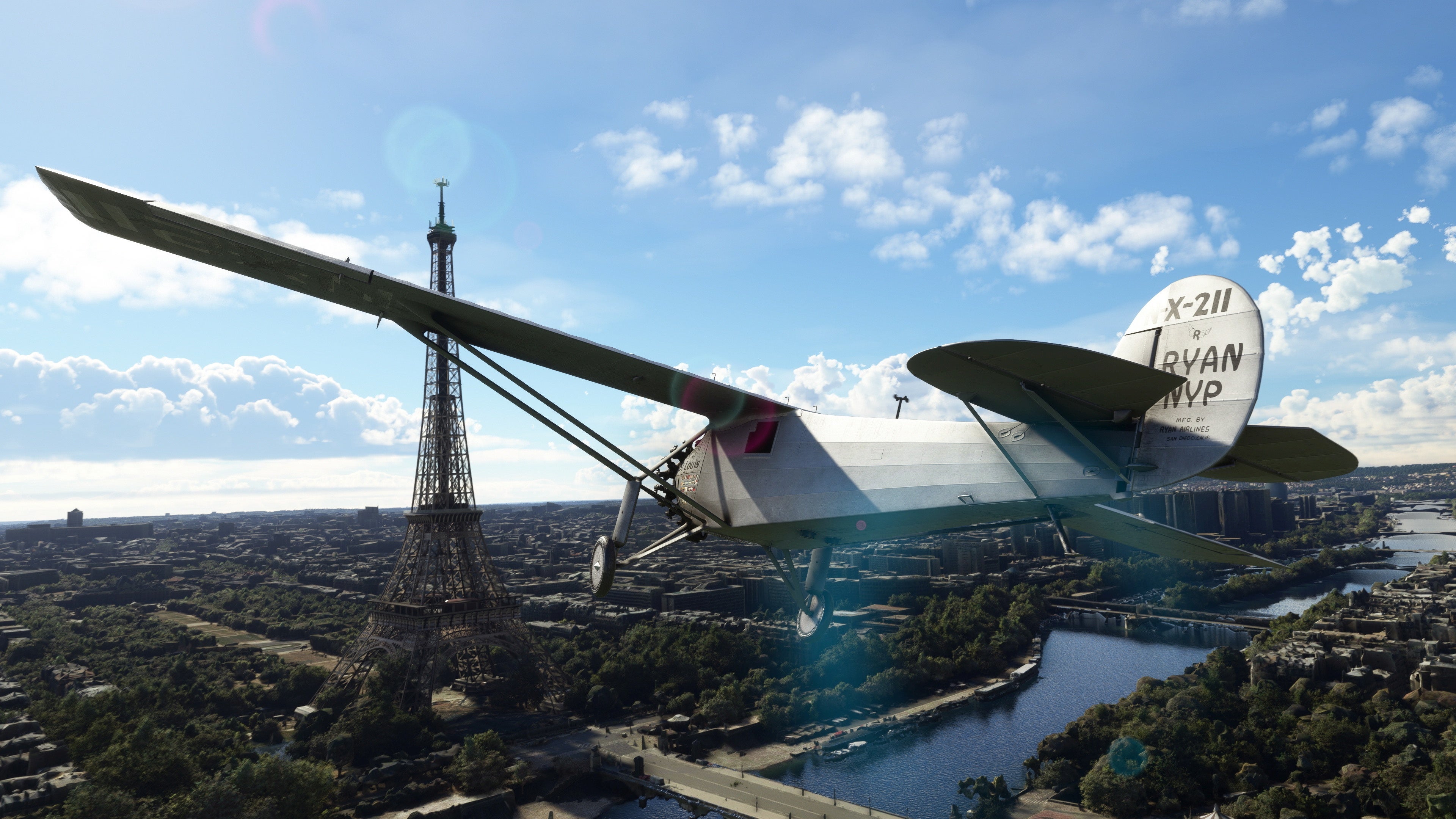 More details about the 40th Anniversary Edition of Microsoft Flight Simulator have been released to celebrate the return of Gamescom.

Previously, a few of the aircraft to appear in it were confirmed for the special edition during the Xbox Showcase back in June.

Meanwhile, the game’s first ever city update, available from today, is detailed in an Xbox blog. Five German photogrammetry cities have been added to the game: Hanover, Dortmund, Dusseldorf, Bonn and Cologne. Players can download the update for free from the game’s marketplace and take in the sights of Germany from the air.

The blog goes on to reveal more about the 40th Anniversary Edition. It’ll be available as a free upgrade to anyone who owns the game and Xbox Game Pass members. Highly requested features from the Flight Simulator community will be included too, including helicopters and gliers (which haven’t featured in the series since 2006) and a fully working Airbus A-310, in that “nearly every single button works just as expected”.

Other features coming to the 40th Anniversary Edition include historical aircraft, new airports and new missions. In total, 12 aircraft, 12 heliports, 12 glider airports, six classic commercial airports, and 20 historic franchise missions will be added with the free update. The update is sets for arrival on 11th November. The sky’s the limit, eh?

Previous articleLearn to be an astronaut in Space Science Investigations

The vast majority of us will have wanted to visit space at some point in...
Walkthroughs

The crypto crash early this year hit hard (opens in new tab), tanking the value of many coins....
Playstation

Subscribe to Push Square on YouTube A new trailer for the upcoming free-to-play survival shooter The Division Heartland...

Get more details about playing Cyberpunk 2077 on ZOTAC...

The Elder Scrolls Online to be Optimized for Xbox Series

Arriving June 8 as a digital...

Raise your hand if you can call a...

Check out the latest Rainbow Six Siege trailer for...

Have you heard of Sisyphus? I bet you have....

Yohohoho! The One Piece Card Game will make its...

The First Descendant Looks Like a Graphical Powerhouse, Coming to

The Beechcraft Bonanza V35, one of the aviation world’s...