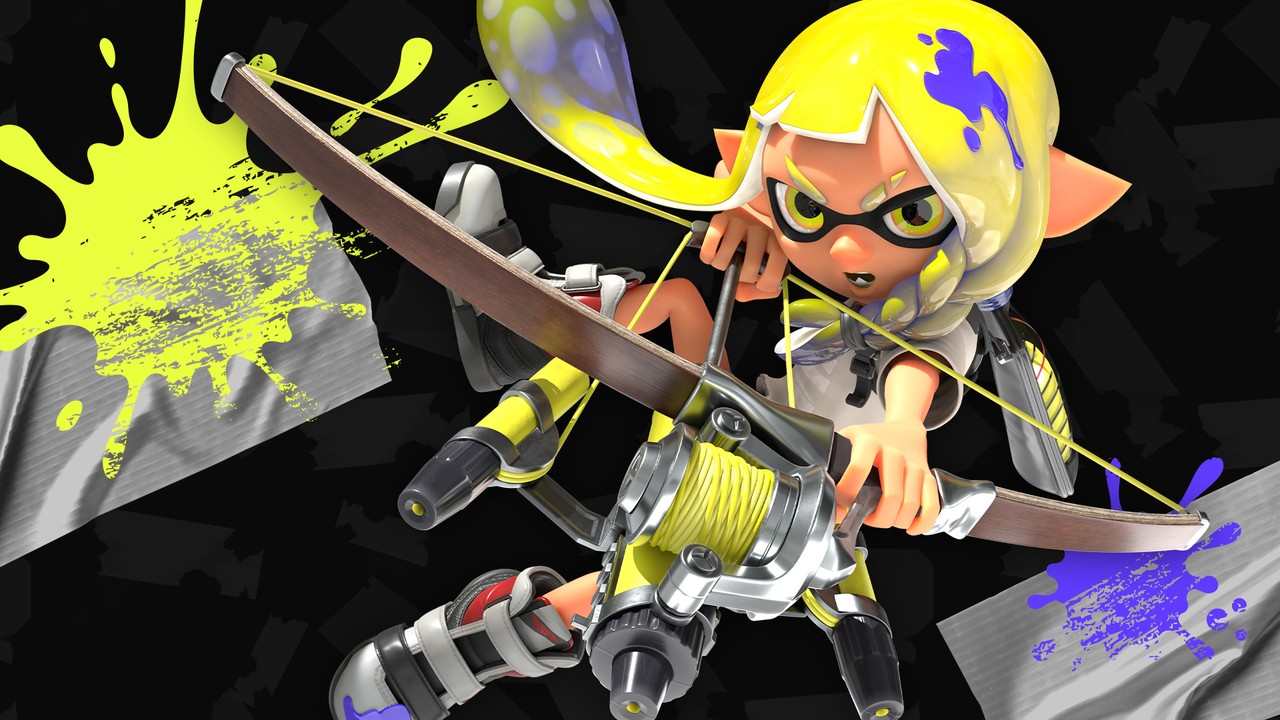 The Splatoon 3 Nintendo Direct revealed a whole lotta info about the upcoming sequel, including new game modes, maps and weapons. It is the latter of these that immediately caught our eye, with the slashing Splatana Wiper and accurate Tri-Stringer both promising to make an inky splash on the battlefield when the game releases on September 9th.

It appears that those savvy marketing specialists at Nintendo have shared our passion for the game’s quirky weapons, as the company has shared a new series of Japanese trailers showing these items at play in the real world (thanks, Nintendo Everything!).

While these six adverts are currently airing only in Japan, you can catch them all on Nintendo’s official Japanese YouTube channel. The opening four are dedicated to showcasing a selection of the weapons that will be available to you in-game.

We have the Slosher reimagined in an uchimizu context, a child with an umbrella avoids incoming ink as his item transforms into one of Splatoon 2‘s Brellas, and an artist turns his studio into a battlefield wielding an Octobrush.

Our favourite, however, has to be the archer whose bow is transformed into one of Splatoon 3’s new weapons, the Tri-Stringer, which provides us with some more gameplay shots of the long-range item in action alongside some of the most fun archery we think we’ve ever seen. We want a go at it ourselves!

The final two trailers feature a bit more on the gameplay side. The first takes a look at all of the new features, showing off snippets of the new Salmon Run, Return of the Mammalians, and the new musical trio Deep Cut. The last one looks at a typical friendly game of Splatoon — one that’s very competitive, very messy, and very colourful.

You can check out all of the trailers over on Nintendo’s Japanese YouTube channel — the easiest place to spot them is in the Splatoon 3 playlist, which we’ve linked here.

Splatoon 3 will be landing on Switch on September 9th so be sure to get those pre-orders in now if you want to get ahead of the game:

Which of Splatoon 3’s newest features are you the most excited for? Did you enjoy these fun commercials? Swim through the ink and come on down to the comments to let us know!

Neos Corporation has opened a new Steam page for Shin-chan: Me and the Professor on Summer Vacation –...
XBox

The summer may be coming to a close in real life, but that’s not stopping...

Here's a look at how you can design your...

Today, we are thrilled to...

Have you ever rocked out in your bed...

This week on All Things Nintendo, Brian is joined...

Last week, we asked you focus closer on The...

Last week, we asked you to share the gaming...