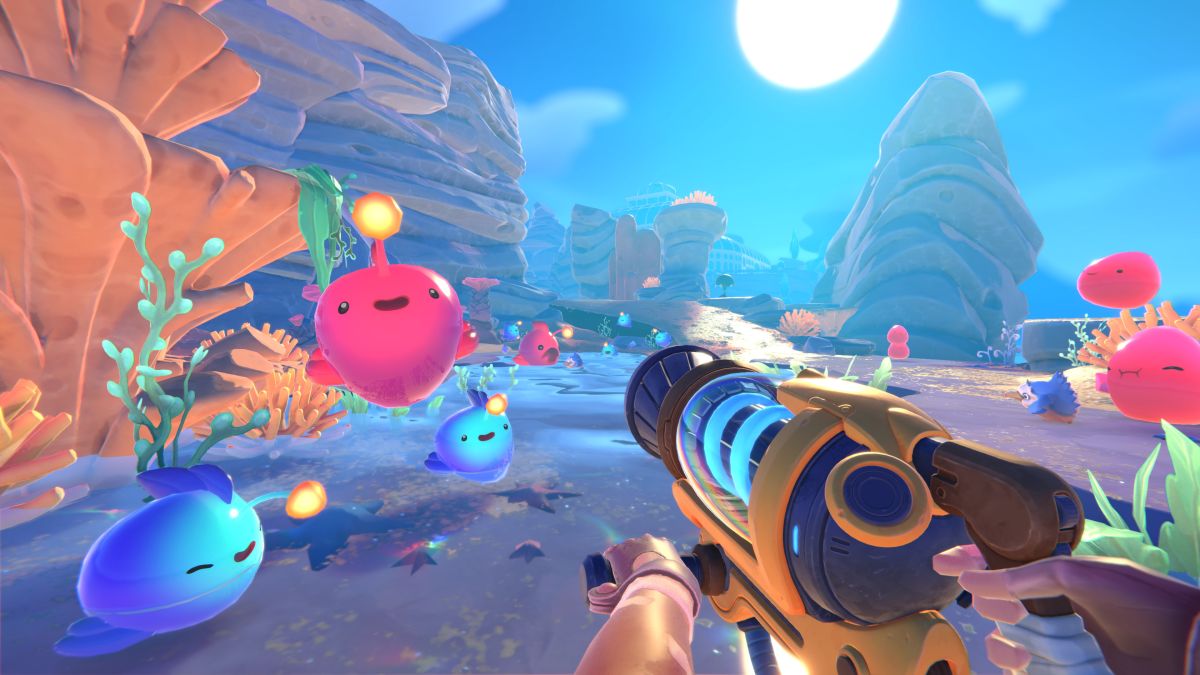 Slime Rancher 2 (opens in new tab), the sequel to Monomi Park’s 2017 hit about farming amorphous gelatinous blobs, will squelch onto PC in early access in September.

It’s a direct sequel to the original game, continuing the slime wrangling adventures of Beatrix LeBeau, and featuring a similar mixture of exploration, building, farming, and of course, collecting sparkling slime poo to sell for cash. But Slime Rancher 2 will move away from the first game’s setting of the Far Far Range, to a new location named Rainbow Island. It’s also significantly prettier than the original, which was pleasant enough visually, but had fairly basic environments.

Naturally, Rainbow Island will have a host of new slimes to collect, such as the rabbit-like cotton slime, or the somewhat sinister-looking angler slime. As with the first game, these slimes can be cross-bred to create new-types of slimes, which is presumably still done by feeding one slime’s, uh, leavings to another type of slime. Yummy!

According to Slime Rancher 2’s Steam page (opens in new tab), the sequel’s early access version will launch with “a big world to explore, many different slimes to collect and combine, and an introduction to the game story and the mystery behind Rainbow Island.” Monomi Park also anticipate the game will remain in early access for “at least 18 months” specifying that “we have a lot of content planned for version 1.0 and are a no-crunch studio, so we will give development the time it needs”.

Slime Rancher 2 launches into early access on September 22, on both Steam and the Epic Games Story. If you’ve got a Game Pass subscription, it’s also available day one on Microsoft’s subscription service.

THE CHECKPOINT SPRING MERCH COLLECTION IS OUT NOW!: https://fanfiber.com/collections/checkpoint This is Minecraft, but Steve becomes a VIDEO GAME! When...
News

Yohohoho! The One Piece Card Game will make its official global debut this Winter, a few months after...
XBox

Fight to survive on a hostile planet, a massive fantasy world, or to qualify for...
Nintendo

If there’s one thing I’ve always appreciated about the Kirby series it’s that it has never been afraid...

Babylon’s Fall Devs Have ‘No Plans to Minimize the Scale

In spite of its rocky start, Square Enix...

God of War: Ragnarok now has a guaranteed...

The Steam Deck, regardless of its handheld form...

Yohohoho! The One Piece Card Game will make its...

Need to knowWhat is it? An urban playground where...

If you’re familiar with most games, chances are you’ve...