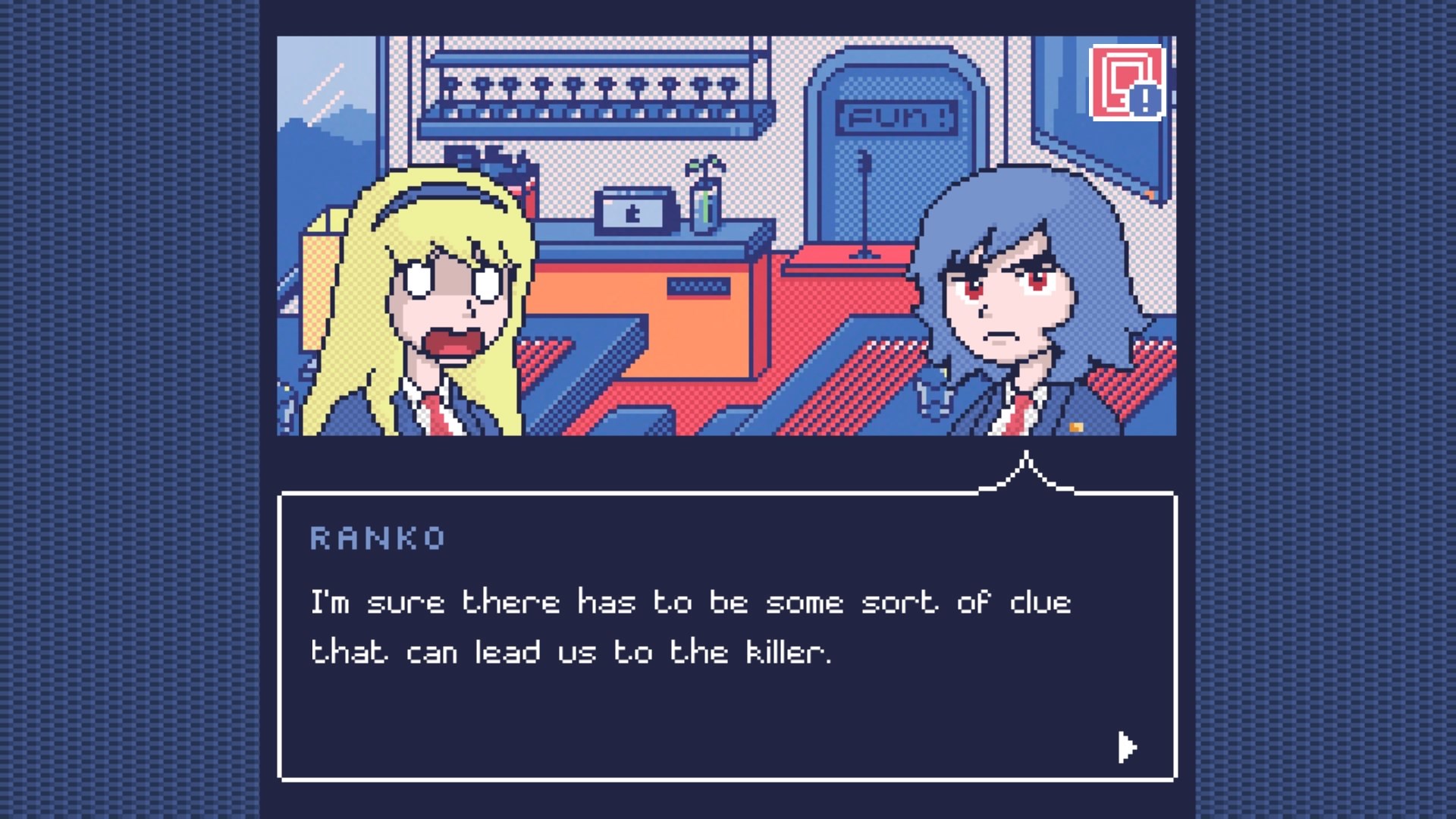 Taking a play and inspiration from the Agatha Christie classic, it’s time for Murder on the Marine Express to play out on Xbox.

Available to purchase and download right now on Xbox One and Xbox Series X|S, Murder on the Marine Express from 1564 Studio and their friends at Rainy Frog is the latest visual novel that will tempt you in to a few hours of reading.

It’s priced at £4.49, so a super cheap bargain basement purchase, and will see you thrown into the fictional work of the Marine Express submarine train. It’s here where the elite girls of the St. Joachim Academy have booked up, hoping to travel along the seabed from the heat of California to the joys of the Japanese coast.

They’ve chosen this route as it seems perfect for learning more about marine biology, the underwater scapes that unfold and more; it goes without saying that it’ll also give them a break from the old routine. But when the trip turns into a nightmare, with death and murder aplenty, it’s up to the girls to get down to some investigative work, trying to uncover the identity of the serial killer at large.

Tragedy, surprise and – strangely – humour, will all come together in Murder on the Marine Express, delivered via five chapters of text and around three to four hours of reading. If you’ve been taken in by the plethora of visual novels to have joined the Xbox Store in recent times, this should be another to add to the wanted list.

If you do dip in, the key features you’ll find are…

Optimised for Xbox Series X|S, playable on either Xbox One or Series X|S and coming with a 4K visual quality about it, you’ll find Murder on the Marine Express over at the Xbox Store.

Go and grab it if you fancy a read.

Investigate a murder aboard an underwater train in a mystery visual novel filled twists and suspense. The St. Joachim Academy for elite girls booked the maiden voyage of the new Marine Express submarine train, which runs along the ocean floor from California all the way to the Japanese coast. The journey seems like the perfect opportunity to enjoy the beautiful underwater scenery, learn about marine biology and, ultimately, relax from regular school life. However, the idyllic travel turns into a nightmare when one of the teachers is found dead in his room. Who could have killed the most popular and beloved professor in the academy? Ranko Togawa, accompanied by her friend Astrid, takes it upon herself to investigate the events and clear the name of the main suspect. Of course, it won’t be that simple. As the number of victims grows, the possibility of facing a serial killer becomes more real and panic slowly sets in. Ranko will have to make the most of the time left to find out the truth and prevent the mysterious murderer from killing again, although not all the answers will be to her liking. Learn the secrets hidden in the Marine Express and discover the culprit in this story of tragedy, surprises and lots of humor!

Previous articleCall of Duty: Modern Warfare II Multiplayer & Warzone 2
Next articleHere Are The 60 Titles Included On The Sega Genesis

Sega announced the Sega Genesis Mini 2 back in July, giving it an October 27, 2022 release date...
Playstation

Attention to all PlayStation players! Prepare for the next era of Call of Duty. At the Call of...
News

Warner Bros. has filed a trademark for the Bugs Bunny meme, Big Chungus, and many think it's for...
XBox

Welcome to Next Week on Xbox! In this weekly feature we cover all the games...

For a man with all the time in the...

Apex Legends On Switch Will Offer Cross-Play But Not Cross-Progression – For Now, At Least

Last Sunday, we showcased a massive lineup of...

In todays episode of hidden video game details we...

Update: Ubisoft has confirmed that Assassin's Creed Mirage has...

The creative director of Hell is Us, Jonathan Jacques-Bellêtete,...